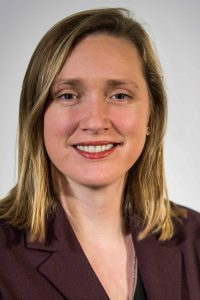 Fiona Fanning is Director of European Affairs for Certiport, a Pearson VUE Business, responsible for policy, advocacy with the European Institutions. As part of her work in advocating for the promotion of digital skills and certification in Europe, Fiona holds the position of co-Chair of the Board of Directors of the European e-Skills Association (EeSA), a community of stakeholders supporting the development of digital literacy and e-skills in Europe; she is also an advisory board member to All Digital Europe.
Previously European Affairs Manager of ECDL Foundation, Fiona oversaw European policy, strategic advocacy, communications and ran the national operations for in Belgium. She also served as Secretary General of CEPIS, the Council of European Professional Informatics Societies, for a number of years, running this influential pan-European organisation