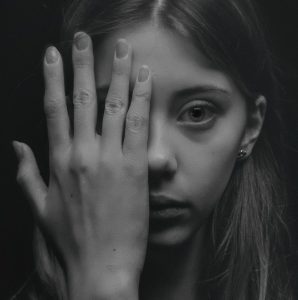 What forms of sexual abuse do you hear about and/or are you aware of?

With this question, the STOP research has started to understand the skills gap for youth workers about sexual abuse. The research consisted of focus groups with youth workers in different countries, such as Croatia, Greece, Italy, Spain, and Cyprus. Youth workers and carers indeed represent a very important point of reference for youth as they are responsible for their safety and wellbeing and they play a central role between the family (mainly parents), schools and the youth.  In Europe, studies suggest that a significant minority of children in Europe, between 10 % and 20 %, are sexually assaulted during their childhood (European Commission, 2018).

The findings of the research underline the necessity to increase the educational offer about sexual abuse prevention as there is a lot of confusion about the definition of sexual abuse and the different forms in which it can manifest. In between of the different cases that youth workers faced the most frequent form of sexual abuse is violence between peers that it expresses through sexting and inappropriate touch. While there are still several cases related to adult/youth sexual abuse in a family context, where the perpetrator is a member of the family that the youth trust.

During the focus group, youth workers also expressed their difficulties in reporting cases of suspected abuse due to the understanding of (forced) consent especially in partner relation, and, secondly, cultural differences in approaching partner relationship, sexual education, and marriage. Do all the cultures and religions have the same approach to sex and to sex education?

From the analysis of the abovementioned scenario, there is still much to do to support youth workers to recognize sexual abuse and to provide a first support to the victim.  According to the STOP research, a lot should be done to train not only the youth workers but also parents and youth to be aware of the different forms of sexual abuse and healthy sexual behaviour. Understanding the risks both online and offline that youth may face can indeed help youth workers professional development and capacity to support youth to protect themselves from predators and violence.

Stop Child Abuse Through Effective Training and Augmented Reality (STOP) is an Erasmus+ KA2 Youth Project, financed by the European Commission (project number: 2019-2-HR01-KA205-061028). The project started in December 2019, with a duration of 26 months.