CODING? WHAT IS IT?

Home » Digital News » CODING? WHAT IS IT? 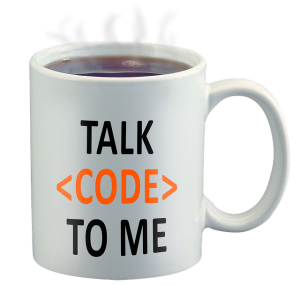 Coding is an English word and it means writing in a “secret language”, the computer language, in order to resolve a problem.

Steve Jobs, in 1995, said: “I think, everybody should learn how to program a computer. People should learn a computer language, because it teaches how to THINK!”. Computer language teaches us how to think analytically, logically and how to be problem solving. But we have to act easily and begin from the basics and so teach how to code to the children. It is a new and innovative approach to learn mathematical – scientific subjects and already spread it all over the world. It is important think logical, analytical and being problem solving for our daily life.

Regarding to the International Labour Organization, 73.4 million people aged 15-24 do not have a job (43% of global youth). At the same time, 40% of employers’ report skills shortage for entry level vacancies, according to McKinsey (Social Initiative 2015). Therefore, skill gaps have become an issue to both employers and the unemployed.  This trend is intensified by technological advancements which are rapidly replacing manual jobs, leaving millions of young people unprepared to participate in the 21st-century knowledge society (https://www.codingsummerschool.com/why-coding) .

Coding has to be presented in a fun way to youth generation, especially the very youngest one (6 – 11 years old) and indeed it is. All over Europe and at worldwide level, there are fun tools, such as SCRATCH or SCRATCH JR, where children (and not just them) can have fun BY CODING. They will do “mathematical” exercises which are more games, so playing and winning each challenge, they will resolve problems. At the same time and unconsciously, they improve digital and technical skills as mentioned above.

European Union is investing lot of resources to let the digital transformation became tangible and an easy thing as it can be preparing a coffee. EU wants to increase the awareness of the necessity of this change and in this direction it is extremely positive to finance projects in this field.

One of them, co – financed by ERASMUS+ programme, is called “EDU – CODE: Fostering Coding Education in Europe” (http://edu-code.eu)  and it is aimed, mostly, at those adults and young adults (over 20 years old) with at least a secondary education level and who are currently not engaged in formal educational paths independently if they are working, seeking for a job or inactive on the labour market. They do not have previous knowledge on coding.

Every change/transformation can be scary, but as Victor Hugo said: “Do as trees do: change the leafs, but save the roots. Therefore, change your own ideas, but not your morals”.